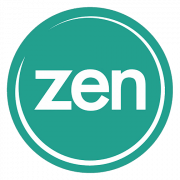 Features at a glance

Sometimes the best way to get a feel for a broadband provider is to read what those who are already customers think of the service they're receiving. Below are all the reviews we've received for Zen.

Add your own review of Zen

Ratings are left by users of our speed test as well as by reviewers. Recent star ratings summarise the last 12 months of ratings or the last 100 placed, whichever is largest.

Add your own review of Zen

The reviews published on this page are those of the individual authors who have warrantied that they abide by our review guidelines. Reviews are not the opinion of Broadband.co.uk.

A new voluntary code introduced by Ofcom goes into effect today. This scheme means that the broadband providers who have signed up will have to reimburse customers in the event of their broadband or landline phone service being down for longer than two days. Here's what you need to know.

The compensation you can expect

Homes and small to medium businesses who choose to use residential broadband are eligible for compensation on this scheme, and you should only need to report the fault for compensation to be paid out automatically.

To qualify for compensation, faults must not be of your own making (for example, your problem is down to your own wiring and equipment, you shove a spade through a vital cable on your property, or you're not at home for an engineer visit). You're also due compensation in the event of extreme weather causing problems and third-party incidents that contribute to the delay of repairs.

Originally BT, Sky, TalkTalk, Virgin Media and Zen signed up to the agreement back when it was proposed in 2017. Since then EE, Hyperoptic, Plusnet and Vodafone have also signed up, accounting for more than 95% of broadband and landline customers in the UK. While most of these providers will be participating in this scheme from today, Hyperoptic and Vodafone will start automatic compensation later this year, and EE should be ready to do so next year.

Get automatic compensation when your broadband goes down

You could be in line for compensation next time your internet goes down, following an agreement involving some of the UK's biggest broadband providers.

A voluntary code introduced by industry regulator Ofcom states that, from early next year, providers will have to reimburse customers if they lose broadband or landline phone service.

So far, BT, Sky, Virgin Media, TalkTalk and Zen Internet have signed up to the agreement. Plusnet and EE have also indicated that they may join.

Under the plan, customers will receive £8 per day in compensation when their broadband goes down and the fault takes longer than two days to fix.

In addition, there will be £25 compensation when an engineer misses a scheduled appointment, or cancels within 24 hours.

Plus, customers will receive £5 per day when new services they sign up for do not start on time.

Homes, and small and medium businesses are eligible.

There are some caveats. You won't get compensation if you're the cause of the problem, like if you damage the wiring in your home or are out when the engineer arrives. Most faults are also likely to be fixed inside two days, so you could still experience disruption without being compensated for it.

Openreach are also involved in the scheme, since most faults occur on their network (apart from Virgin Media, who use their own infrastructure). They have said that they won't compensate the broadband suppliers in the event of force majeure events like flooding, leaving the onus on the suppliers themselves to foot the bill in those instances.

After a consultation in Spring 2017, Ofcom published their judgement in November 2017, giving retail and wholesale providers a 15 month deadline by which automatic compensation had to be in place. This means that the very latest we can expect to see the system working is mid-February 2019.

The agreement is the latest in a line of measures designed to the experience of broadband users, and ensure we're all getting value for money.

You can already exit your deal early and without penalty in the event of mid-contract price rises, or if the service you're receiving is simply not up to scratch. And the process to switch broadband is also now much simpler than it used to be.

You can find all the information you need on these subjects and more in our guide to your broadband consumer rights.

Why getting a new router can speed up your broadband

Zen Broadband Buyers Guide - Is Zen right for you?

Can I get Zen Broadband?

Zen's standard ADSL-based broadband is only available in Zen network areas. Their fibre service is restricted to exchanges that have been upgraded to support fibre to the cabinet (FTTC) broadband.

This currently applies to about two-thirds of UK households although this is growing as more and more exchanges are being upgraded to enable fibre every month. You can discover whether or not you live in a fibre-enabled area with our postcode checker. In addition to having a fibre enabled exchange, your street cabinet also needs to have been upgraded to support the technology (BT generally place advertising posters on these once they've been enabled).

What packages are available?

All ADSL-based broadband packages with Zen Broadband have a one month rolling contract, allowing for flexibility in your contract duration. You can get these packages without line rental for £10 a month less, but must have a working phone line with another company, such as BT.

Their standard phoneline speed is given as ‘averaging 6Mb at peak times’ despite a 'protocol speed' of up to 17Mb, this is because of factors like the distance from the telephone exchange in line length, and peak time congestion. At least half of users will achieve speeds faster than 6Mb at peak times and all users are likely to see speed increases outside of the 8pm to 10pm peak time. You can find out where your local exchange is, and how far away you are from it, with our postcode checker.

Unlike with the ADSL-based packages, all fibre and phone package contracts with Zen Broadband have a duration of 12 months. You can also get these packages without taking out line rental for £10 a month less, but must have a working phone line with another company, such as BT.

Fibre services are also likely to experience some slowdown with copper line length, but thanks to using fibre-optic from the exchange to the street cabinet, it's only the much shorter distance from that cabinet to your home that causes any slowdown. FTTC products are also based on the faster VDSL technology over the copper cable segments, so the lowest speeds to be experienced from the longest lines are still likely to be as high as 10 or 15Mb when ADSL-based products might be experiencing 0.5Mb.

Which package should I choose?

Zen Broadband offer different kinds of package with their fibre and phone deals as opposed to their ADSL broadband deals, but the main factors are still speed, download capacity, phone service, contract length and overall expense.

When deciding between fibre and ADSL, your main concern should be speed. Fibre can be a lot faster and it is tempting, but the stated headline ADSL speed of 6Mb (available to 50% of users during peak hours, 8pm to 10pm) is more than enough for the majority of Internet uses, allowing not only casual browsing and email usage, but also watching videos, using Skype or downloading music. If you're on a budget then there could be little point paying extra for speed you won't necessarily need.

However, the faster speeds that fibre provides do suit some people better - especially if you're a regular heavy Internet user, and if your connection is shared with other heavier users, or just a lot of other people. The speed of the connection will be divided by those using it any one time, and so larger households including student flats and large families will benefit from having a fibre connection. This applies even more with the Zen Unlimited Fibre 2’s even higher speeds averaging 55Mb. People living far from telephone exchanges might also benefit from fibre if they can get it, as their ADSL speed is likely to suffer.

However, Zen Broadband’s deals are also tied to contract length. The short 1 month rolling contracts offer a great deal of flexibility, so are ideal for those whose living circumstances are likely to change in the next year, such as young people and students. The flexibility also means you are less tied to a single package (and provider). However the 12 month fibre contracts are still relatively short compared to many providers' fibre offerings which commonly have 18 or even 24 month minimum contract lengths. At the time of writing, the only fibre contracts shorted than 12 months offered are 9 month student-only offers from BT and Virgin that are only available around the start of the academic year.

Those who would like a home phone line provided with their broadband should opt for the packages with line rental and calls. The basic line rental package with only pay for the calls you use costs £16.99, and the Line Rental Plus package costs £23.50 a month and comes with anytime calls. If you want to keep your existing provider for line rental and calls, you can select the no line rental option for all of these packages for an extra £5.40 a month.

All of these factors must be weighed against each other in relative importance to you because you can only pick and match to a limited extent - all 1 month rolling contracts come with ADSL-based broadband, for example. The bottom line is to remember that you shouldn't have to pay for more than you require, as much as possible.

Points to consider before you choose

It's always good to know upfront what you'll get when signing up with an ISP so you know what you can enjoy for free, or to budget for any extras you may want.

What are the benefits of Zen Broadband?

The benefits offered by an ISP may be what seals the deal in your decision to buy a package from them.

What are the drawbacks of Zen Broadband?

Let's face it, not everything can be perfect, and even the best deals may have a downside.